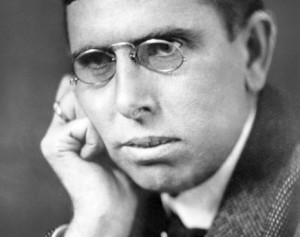 AS PART of our preparation for the All-Time American Writers Tournament, we’re re-reading several classic American writers to see, frankly, if they’re any good. The National Football League has their “combine” for evaluating talent. This is the stage we’re in now.

How are the writers doing?

Not that well. Perhaps worst of all is Theodore Dreiser, who wrote at least two historically significant novels. I just completed reading one of them, Sister Carrie. While one can see why the book was controversial in its day, by our “Pop Lit” standards it doesn’t hold up– even though it was a populist novel. The word-clotted style doesn’t help it. The narrative never creates momentum or excitement. The plot becomes predictable about halfway through– from that point the story is a slowly winding-down dirge. It’s a poorer read than a Rex Beach novel we recently reviewed, written in the same time period. But Dreiser’s book was “Literature,” don’t ya know.

The question is: How far do we go in keeping writers in context– in giving them credit for their importance in their own era? We don’t wish to completely discount that– but, we also plan to bring objectivity to this tournament.

Do we then also bring the same criteria we’re bringing to Dreiser (“Show us how good you are!”) to more recent, trendy authors?

David Foster Wallace is as unreadable as Dreiser– except in the opinion of his fan club, a well-connected, over-educated clique which carries weight in today’s lit world. Putting Wallace into context might work to his detriment. His writing may be as obsolete in 100 years as Dreiser’s is now.

One thought on “The Dreiser Dilemma”