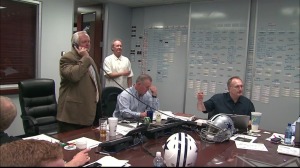 There will be sixteen seeds, sixty-four writers altogether. A writer will have to be good simply to make the tournament. Brackets will be set up, starting with four #1 seeds, then the #2 seeds, and so on. Then, the writers begin squaring off mano a mano. We hope to enlist volunteers to choose between, say, Henry James or Allen Ginsberg. The winner moves on. This continues until we have an overall winner.

We had to decide if the brackets will be arbitrary, or split up between, say, regions, or using other classifications, such as a Poetry bracket, Playwright bracket, and so on. We decided against the latter, simply because the history of American literature has been dominated by the novel. It would be unfair to leave out novelists who’ve had a huge impact on the civilization and culture in favor of poets or playwrights who’ve had little impact at all. Is this fair? No. But the best poets and playwrights will be represented. We’ll also listen to, and post, all arguments pro and con.

What places a writer above another? We’ve sketched out what we believe are the main points, but welcome more.

A.) Influence/Importance/Relevance. Meaning: impact on America and the world. Not simply on the literary art, but on culture itself. Has the writer’s work become part of the culture?

B.) Popularity. Not the main point, but a major point.

C.) Persona. The writer’s persona is part of the writer’s impact. We refuse to take the narrow view of writers that, say, New York editors take, where the work is assessed in a vacuum. Literature has thrived in this crazy country when the main writers have been larger than life. Their very presence has promoted the vibrancy of the literary art.

D.) Critical Standing. This means, the quality of the work itself. Has the body of work stood the test of time? Is it considered world class? Are significant ideas expressed in the work? Great themes relevant to people anywhere? Does it have impact beyond the historians and critics? Does the person’s writing convey energy or emotion and create excitement for the literary art?

E.) American. Is the writer and the work authentically, recognizably, quintessentially American? Is he or she representative of the land, this nation, and the nation’s voice? To some extent, writers should be of their place and time.

The writer’s mastery of form, and of various forms, can be considered as well. The forms include Novels, Poetry, Plays, Short Stories, Essays, and Criticism.

What are we leaving out? 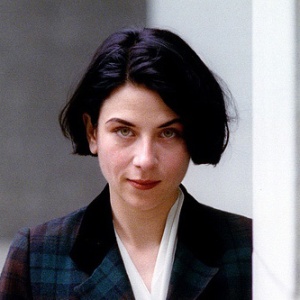 With only 64 slots to fill, the question isn’t so much who to include, but who gets shortchanged. Genre writers? Playwrights? Poets? Populists? Postmodernists? Writers of color? White males? Early American writers of whom few Americans today have ever heard?

Some writers or category of writers inevitably will get screwed.

Going in, we’re open to all. We’re not academics. We feel no loyalty to a mysterious “canon.” What interests us most are American writers AS writers: individuals; personalities. Talents and personas. We seek to choose those writers who, based on their works and their biographies, can best engage general readers and the greater American public. (If such thing be possible.)

Which writers “on the bubble” should make the cut?

Which accomplished writers guaranteed entry should be seeded highest?

What do we do with Bob Dylan?!

We seek justifications and arguments. We’ll accept no griping after-the-fact, but we will post all arguments and complaints while the seedings are made, and during the tournament itself.

We’ll be allowing ourselves a one-week grace period, after each particular seed is announced, to change our mind.

If you have a favorite– or most hated– American writer, make a case for or against that person, one word to 250, and we’ll post it here.

American culture, who’s recognized by it, is determined in part by lobbying. Noise making. We hope to hear some!