As we prepare to introduce the four bigs– #1 seeds– to the expectant crowd, we look around for our newly booked commentator, Emily Dickinson (“Emily D”). We notice she’s been cornered by Norm Mailer (our other commentator candidate), who while clenching and unclenching his fists and talking nonstop is explaining to Emily why he should’ve been a commentator, as well as a top seed and up on that stage. We think, Emily! Emily D is very talented and very cute, but she’s not very worldly.

The Four are invited to step to the microphone to make a few remarks. 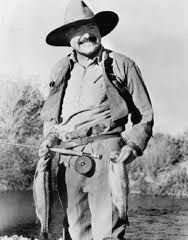 (Editor’s note: Whitman has quite the contingent of young poetry groupies in the audience.)

Walt Whitman: “You who celebrate bygones! I, habitan of a cemetary in Camden, treating of himself as he is in his cups, Chanter of verse, I project the history of this contest, the great pride of this man in himself, Cheerful– knowing this man Walt Whitman will win.”

Herman Melville: (Melville declines the opportunity to speak, but instead remains in his chair on stage, puffing on a pipe and observing the proceedings like a bemused sea captain surprised to be on land.)

Mark Twain: “I had a lurking suspicion that Ernie Hemingway was a myth, that there never was such a fantastic personage. I asked old Wheeler about him, and he said it reminded him of the infamous Jim Hemingway last seen flexing his neck muscles around the barroom stove in Algonac due south and over a bridge from here. Big-bearded big-headed Jim backed Wheeler into a corner then sat him down and reeled off a monotonous narrative about flyfishing in a river not ten miles from this very spot. A fishing story, we used to call it. The one that got away. But no fishing story like the one Herm Melville on this stage has been known to tell.” (Twain takes a puff from his own pipe.) “Fishing stories! You propose to defeat this old riverboat captain with fishing stories. Good luck.”
***********************************

In this town’s local barroom afterward, three of the Big Four stand around a stove telling yarns. Across from me, Emily D sips from sherry in a glass, the sherry the color of her eyes. “I taste a liquor never brewed,” she confides.

I’ve known many poets and they’re a strange bunch.

“What do you think of this event so far?” I ask, gesturing toward where Mark Twain holds court, where even Melville joins the group and silently listens, four giant men in the small wood room– Mailer trying to butt into the conversation rises barely to the others’ shoulders. Emily gazes around the little tavern.

“Such a delirious whirl!” she says.

We fill in the other two #1 spots in our Tournament brackets with two other legendary names from the past. 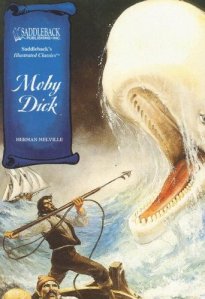 C.) Herman Melville. What does one do with Moby Dick? One of the other top competitors, Toni Morrison, explained once in a long essay the novel’s symbolism and significance. Talk about writing about America! The Pequod with its hierarchy, mad captain, and multi-cultural crew remains a striking metaphor about the country and concept “America.” What do they chase? That which Melville, writing ten years before the Civil War, saw as America’s founding flaw– the “white whale.” An allusion to slavery at minimum. I doubt if any novel ever written by anyone anywhere has been more ambitious– ambitious in terms of discussing the world, nature, society– and ambitious in looking inward toward man’s sins and soul. It’s also a great yarn. Lest we think this was all Melville wrote, he began as a popular novelist, wrote some classic short stories, including one, “Bartleby,” which in our cubicle work world is more relevant today than ever. Herman finished his career with a great novella, “Billy Budd,” just to show he still had it. But Moby Dick. A novel which can stand with any novel written by the world’s best, even the Russians.
*******

D.) Mark Twain. We happily bow to the voice of the crowd on this selection. As a persona he’s up there with anyone. He has his undeniable masterpiece, other classic works, fantastic essays and a few good stories. If we’re talking about which writers defined the culture and the American voice, then figures like Twain have an undeniable edge. We also can’t deny there was a time when American lit was much bigger in cultural importance than it is now. But be aware– there are many brackets to fill. A wide variety of voices will be announced.
*******

(We will be staging a press conference at which all four #1 seeded writers will be present. At least, we have commitments from them. Could be exciting.)