IT’S A PROBLEM many esteemed contemporary writers seem to have– the lack of a philosophical foundation, a metaphysical perspective on life and the universe, which for all their talent prevents their work from having greater depth and meaning.

FOR a literary writer Mary Gaitskill is supremely talented. At her best, with a story such as “Girl on a Plane,” she reaches a level of strong emotion. Like a punch to the gut. After reading more of her fiction one realizes they’re all of a piece– the characters intelligent but superficial animals whose primary motivation is sex.

An accurate depiction of today’s society. There are no happy endings. Men and women exist in dysfunctional hate-love relationships with scarcely the possibility of getting along. Captives of their drives. The sexually liberated society; which comes across as an unending sadomasochistic nightmare. No escape. No hope of redemption or salvation. At the end of the tale one of the characters is humiliated. Or both of them. Destroyed. Shattered. Lost animals without souls to tarnish. No heroes or even anti-heroes. It’s a problem not of the writer so much as society– particularly, their urban New York City or San Francisco milieu. A typical tale is “Kiss and Tell,” in which a struggling male screenwriter is in love with a struggling actress. The sex is briefly very good, but friendship is the only way they can ultimately connect– then even that collapses. The friendship ends in betrayal and bitterness.

The writing, like the sex, is very good. But is it enough?

Has Mary Gaitskill done enough to enter the Tournament?

(Pictured: O. Henry.)
The Tournament is open to specialists of any variety. One-book authors have a chance– if the book is a great one.

It’d be like excluding rock n’ roll singers with strings of hit singles but no important album from the Rock-and-Roll Hall of Fame. It’d be an outrage. (See Chubby Checker and Tommy James.)

Novelists are valued by critics highest of all writers of the past 150 years– but the novel is overrated. Few novels can truly be said to be gems of art. Truly accomplished works of art. Most are time fillers.

(The Great Gatsby is a gem of a novel, but it’s not the greatest American novel.)

Some few novels are time-filling compelling reads– but more. 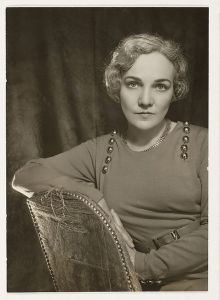 Katherine Anne Porter was a talented short story writer who wrote a novel because she felt she had to.

The novel, Ship of Fools, isn’t a bad novel. Neither is it enough of an achievement to place her into the Tournament. If Katherine Anne Porter makes the Tournament it will be because of her short stories. And her novellas.

Raymond Carver never wrote a novel, but this isn’t enough of a factor to keep him out of the Tournament.

Other factors will likely keep him out of the Tournament.
****

TRIVIA QUESTION: What do writers O. Henry and Katherine Anne Porter have in common aside from fact both were American and both specialized in the short story form?

WE KEEP ASKING and will continue to ask: What should the new short story look like? We ask writers of all varieties to address this question from the standpoint of the reader. This is our starting point. What does the general public want to read? What will hook everyone and anyone to read short fiction? More, what will make the short story as essential to every individual’s life as pop (or other) music is now?

Create the new. Put onto paper what you’ve never thought of doing before– then send us the result: