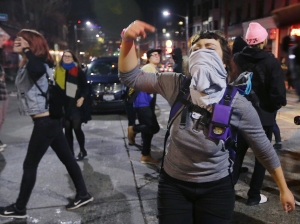 WHILE antifa protesters raged outside the hall– upset at the inclusion of Ezra Pound in the Tournament– three of the latest selections held an impromptu Q & A with members of the local press. (Pound remained secure in his hotel room, sharing drinks and stories with old friend Ernest Hemingway.)

John Steinbeck:  “I thank the Tournament judges for finding me worthy of this honor. In my heart there may be some doubt that I deserve to be included over other men of letters whom I hold in respect– but there is no question of my pleasure in being included.”

Steinbeck gave a shout-out to Pound, noting that the poet might be used to being confined in tight places and would survive the experience.

William Faulkner related the oft-told anecdote about hunting with Clark Gable and Howard Hawks, when they were discussing books and Gable discovered Faulkner was a writer. Asked by Gable to recommend a few authors, Faulkner said, “Thomas Mann, Willa Cather, John Dos Passos, Ernest Hemingway, and myself.”

Faulkner was never much of a conversationalist, so having him repeat the story was a minor coup. He also answered a few questions, such as this one:

“Was the writer character played by Dick Powell in the classic film ‘The Bad and the Beautiful’ based on you?”

The highlight of the afternoon was Sylvia Plath reading one of her poems. It sounded something like this:

All-in-all, the press conference was a success.

With recent moves by activists to ban public display or honor to all known racists and fascists– actions overwhelmingly backed by the U.S. literary community– what do we do with historically important American poet Ezra Pound?

After all, Pound supported Italy’s fascist government during World War II. He made radio broadcasts in Italy during the war, at the connivance of the Italian government. “Fascist” is a much overused term. Given his connection to the historical Fascist government, if anyone deserves the designation, Pound does.

At the end of the war, Ezra Pound was arrested by the U.S. military. At one point he was left, like a wild animal, in a cage on a hot airport runway– for hours. Back in the United States he was charged with treason. Pound was eventually judged to be insane and committed for over ten years to a mental institution in Washington D.C. (During times of national hysteria, anyone who bucks overwhelming public consensus must be insane. We may be in one of those periods now.)

Ezra Pound was a fascist. He was also one of the most important figures in American literary history. Pound was mentor, tutor, advisor, supporter, and editor to giant literary figures such as James Joyce, T.S. Eliot, and Ernest Hemingway. As an editor and poet, Ezra Pound invented Modernist poetry. Along with writers like Hemingway and Gertrude Stein, he revolutionized the English language. The full extent of Pound’s influence on American– and world– literature is incalculable.

Ezra Pound will without question make this tournament. Likely soon. Our question: Should he?

Will it give honor to fascist ideas by honoring– with his presence in our tournament– a fascist?

Will it be a provocation? A hate-filled act?

When it comes to restraint of expression and speech, what are the limits?

Where does one draw the line? 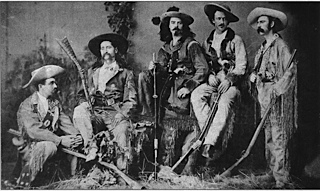 As  I was thinking about Ernest Hemingway‘s behavior at the Tournament so far, I pondered whether he’s a good guy or a bad guy. If the Tournament were similar to Wrestlemania, I believe Hem would relish being a villain.

Who are other “bad guys”? Everyone hates Jonathan Franzen, so I have him penciled in to the bad guy role also, if he makes the line-up. There are some obvious “Boo! Hiss!” characters such as Ezra Pound and his tag-team partner, T.S. “The Fop” Eliot. As Ayn Rand seems to be heavily disliked, and carries the egomania of an effective bad guy, we’ll have her play that part as well. She used to stampede around in real life using a cigarette holder and wearing a cape, so she’d gladly play the part in the Tournament.

“Good guys” by definition are a bland lot. In literature we have Emily D, John Steinbeck, Pearl Buck, Harriet Beecher Stowe of course, and possibly social conscience guys like Arthur Miller and Carl Sandburg. Miller, anyway, will have a female manager who was a bit of a celebrity herself. That will add some melodrama.

Anti-heroes? Jack Kerouac for sure, and likely Stephen Crane and Walt Whitman.

Then we have the Divas, which is where I put Allen Ginsberg, “Glamor Boy” Scott Fitzgerald, Sylvia Plath, and J.D. Salinger. The hard part will be getting Salinger into the ring. One can see a sneering Hemingway waiting for him, accusing him of cowardice and such—though if Salinger avoids disqualification and enters the ring he might do fairly well.

(Never fear, we will NOT make the writers wrestle for real. Simply thinking of ways to promote them.)