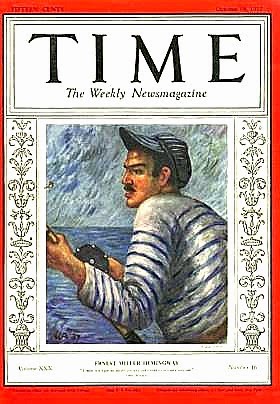 There is probably no writer more controversial than Ernest Hemingway, attacked by academia as a misogynist, while others see him as a talentless hack with an inflated reputation. Yet his work endures despite all of it.

Hemingway was able to show deep emotion with his stripped-down style, changing American literature in the process. His novel The Sun Also Rises captures the relationship between men and women in such a way that few other writers have been able to do. He was also a master of the short story, demonstrated in “Soldiers Home,” “The Killers,” and “A Clean, Well Lighted Place” among many others.

He was not a perfect man, nor even a perfect writer– but who is? His myth has lived on more than who he truly was, laid bare in his novels and short stories. He is also an archetype of American success, spending years in obscurity among the Paris avantgarde before working his way up to literary fame.

Many have tried to imitate him, but there will only ever be one Ernest Hemingway.
*******
Samuel Stevens’s last story for New Pop Lit was “The Vast Conspiracy.”