ALL-TIME AMERICAN WRITERS TOURNAMENT
Philip K. Dick’s claims to greatness don’t rest on the clarity of his style, or the sophistication of his characterizations, but on his depth of immersion in postmodern American culture. It’s no coincidence that his best novels were completed during the last period of his life, when he lived in Orange County near Disneyland – as Baudrilllard reminds us, a world presented as imaginary, in order to make us believe that the rest is “real”, when in fact all of Los Angeles and the America surrounding it are no longer real, but of the order of the hyperreal and of simulation.” Already in 1984, Jeff Kinney, the editor of the magazine Gnosis, was comparing him to L. Ron Hubbard, as well as Swedenborg, and predicting the emergence of a “Dickian religion” with the Exegesis, Dick’s 8,000 plus pages of mystical writings, at the centre. Today, Dick resembles a figure, who instead of describing reality, dreamed the future we’re inhabiting – a future of flattening characterization, incoherent and contradictory transmissions, disintegration. If every revolution in art is a return to realism, no other writer today is as necessary.
*******
D.C. Miller is at @dctv_od 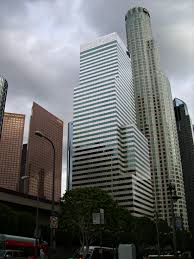